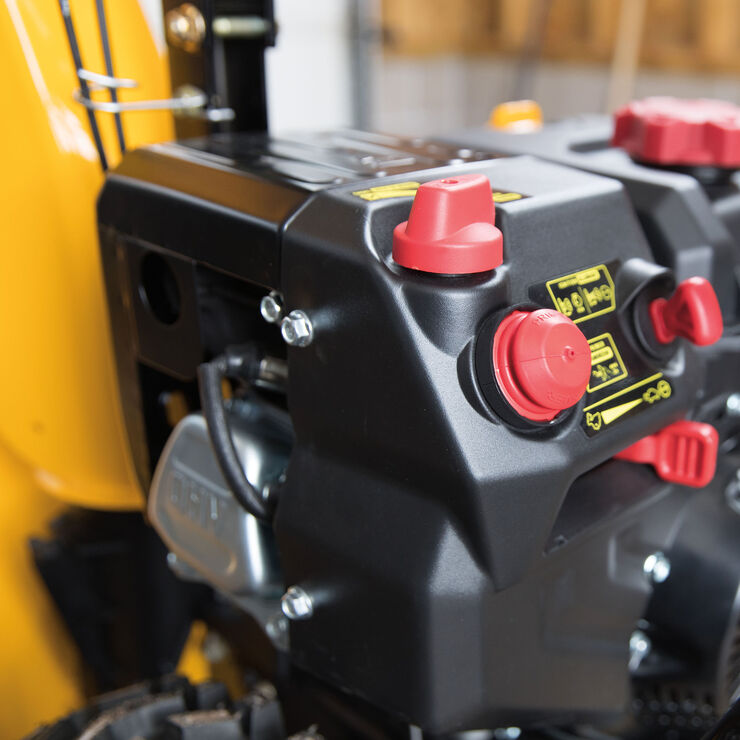 You are here: Home / Blog / How Does a Snow Blower Work?

A snow blower is an ultimate necessity in areas that are prone to snowfall. Snowfall, if not cleared promptly, can result in serious injuries due to slipping or car accidents. If you own a business, the number of your customers can reduce to a great extent if your surrounding area or parking lot is filled with snow. In some countries, it is the legal duty of the citizens to clear snow from their property within a limited time. A snow blower is a rescuer in such a scenario and here is how it works.

Most snow blowers have a standard pull-start feature. Some electric snow blowers need to be plugged in an extension cord and often start with a simple push-button. The most important component is a screw-shaped auger. It sucks the snow from the surface and throws it on the sideways.

How does a snow blower function? 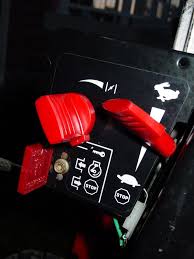 The most important component of a snow blower is an auger. Auger is a screw-shaped set of rotating blades that come directly in contact with the surface and lifts the snow. It can be made from plastic, steel or any other metal like aluminum, etc. After lifting the snow, the auger throws the snow further away via a discharge chute. In some models, this function is performed by an impeller.  The diameter of the auger determines the cutting width while the cutting depth is determined by the length of the auger.

Beneath the body of the snow blower are the paddles that aid the auger in gathering the snow whilst protecting it from possible damage from direct contact with the surface.

Snow blowers are available in recoil start and electric start models. For the recoil model, the operator needs to pull the cord until he feels resistance from the recoil. Once the resistance is gone, a quick, hard pull starts the engine. If you have broken the cord, here is a detailed guide on how to repair it.

The electric models just need to be plugged in an extension cord. There is a push-button near the plug that starts the engine. Some advanced models have an ignition style same as a car or motorbike. They just require a key to start the engine.

Once the engine has started running smoothly, the operator holds the handle of the snow blower and pushes it forward.

Watch this video to understand how a snow blower works and how you can increase its efficiency.

How to use choke to start a Snow Blower?

In extremely cold weather and especially if the snow blower was stored in a cool place, the user needs to limit the air supply into the carburetor. This function is served by a choke. When the choke is closed, the air supply into the carburetor is cut-off. This results in a richer mixture of fuel which aids the smooth running of the engine. The choke is not required when the engine becomes warmer and runs properly. The choke should be turned on.

How many types of Snow Blowers are there?

Many types of snow blowers are available in the market that differ based on the type of engine, fuel, size, surface, power, clearing width, and price. The main models are single-stage, two-stage, and three-stage models.

Single-stage models have the simplest design and are lightweight thus easier to use. They can be gas-, electric-, and battery-powered. Their width range between 18 to 24 inches. They differ from the other two models on the basis of auger. Single-stage models have an auger that not only lifts the snow but also throws it through the discharge chute. They are suitable for paved driveways and pathways. They are often called as snow throwers.

In two-stage models, the only function of an auger is to suck snow from the surface. The snow is pushed towards an impeller that blows the snow further on the sides. They can efficiently remove snow up to 20 feet. This type of model is suitable for medium to large driveways and can be used on any type of surface. They are more costly than sing-stage models.

Three-stage model is a new but great addition to the snow removal industry.  It has an auger and impeller same as the two-stage model but an additional accelerator is installed between the two. This accelerator chops up the snow and throws it towards the impeller. This type of models is best for thick snow both wet and dry. They are more efficient and can be use for wide driveways, rocks and roads.

Here is a visual demonstration of the two types of snow blowers.

How to Maintain a snow blower? 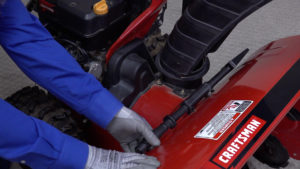 It is advised to read the user’s manual of the snow blower in detail and follow the specific directions. However, here are some general guidelines that could be followed to extend the life of the snow blower and keep it in a working condition:

Watch this video to learn some more tips:

Before storing the snow blower, turn off the fuel shutoff valve. This will help reduce any chance of fuel leakage.

If you have turned off the choke to warm up the engine, do not forget to turn it on. Otherwise, it will lead to more fuel consumption.

Never keep the level of the blades so low that they directly touch the clearing surface.  It can damage the blades. Do not wait for the snowfall to end.

Try to clear the snow before it piles up to 6 inches. It would extend the life of the machine as it would not have to work so hard to clear a huge stack of snow.

Always pick up stones, newspapers or anything else on the ground which can jam the machine, before snow blowing.

Contents show
How does a snow blower function?
How to use choke to start a Snow Blower?
How many types of Snow Blowers are there?
How to Maintain a snow blower?
Video Tutorial
Additional Tips