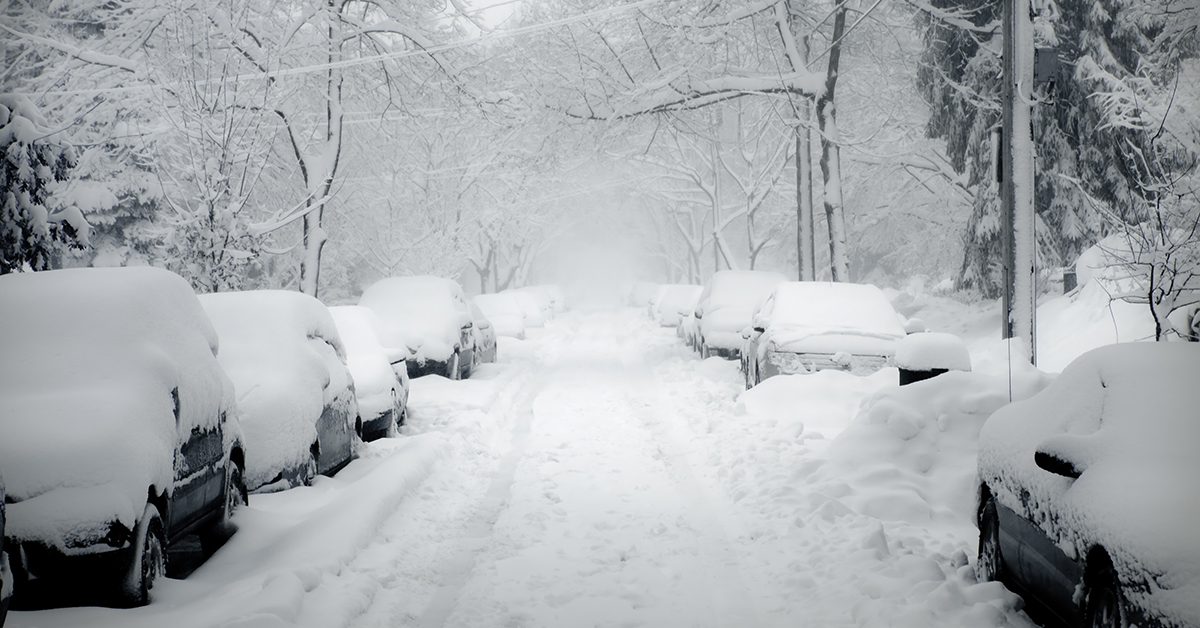 You are here: Home / Blog / How to Remove Snow From Driveway Without a Shovel?

Though snowfall has a calming effect on our minds, it often brings with it a series of daunting tasks for the residents. Clearing the snow from the roads, driveways, sidewalks, and lawns is important as it can lead to car accidents and injuries due to slipping. Using a shovel to clear snow is a conventional method as it is handy and less costly than other alternatives. However, it can result in muscle strains or injuries if older people use it to clear heavy snow. It is also more time consuming and nerve-racking. Below is a compilation of alternatives to shoveling that can be used to remove snow. 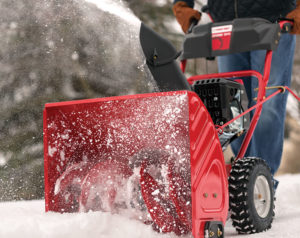 Snow blower is a convenient  and effective option for removing snow. It is time-saving and is fun to use. There are various types of snow blowers available in the market. They might be a bit expensive but you get what you pay for. It is important to consider the amount of snow you receive in your area, before purchasing a snow blower.

Single-stage models are suitable for smaller homes with paved driveways. They can clear snow up to 9 inches. Gasoline, electric and battery-powered snow blowers are available in single-stage models.

Two-stage models are ideal for areas that experience heavy snowfall. They can clear snow up to 30 inches. Only gasoline snow blowers are available in two-stage models.

Though gasoline models are more efficient in removing snow, people prefer electric snow blowers as they do not produce much noise and polluted air.

Using a leaf blower is an unconventional method to clear snow. However, it is an easy and fast way to clear driveways and sidewalks. One thing that needs to be considered is that a leaf blower only works the best if the snow is light and fluffy. Alternatives should be used if the snow is more than 2 inches.

If you own an ATV, an ATV attachment plow is the best option for clearing your driveways and surrounding areas. It requires little effort and saves time. If you want to clear low to moderate level of snow, go for an ATV plow!

If you do not know how to attach a plow to an ATV, watch this! 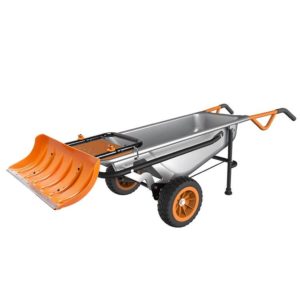 Some garden tool companies produce wheelbarrows to which a snowplow can be attached. The snowplow attaches to the base of the wheelbarrow and can be easily used to remove snow.

It may sound crazy but a tarp can be used to make the snow removal method easier. Tarps are easily available in the camping sections of the hardware stores. Lay down the tarp before snowfall and pull it when the snowfall stops. Your driveway is clear now.

If the snow is sticky and wet, this method would work the best.  Make a log of snow and keep pushing it forward. It would gradually become bigger as more snow would add to it. Your kids can join you in this fun activity and make snow man as well!

Watch this video to learn how to roll the snow in a fun way.

Using a broomstick to clear snow is an option if the snow is light, fluffy, or powdery. It works both on the driveways and the garden.

If you’re reconstructing your driveway, consider installing a hydroponic or electric system that would keep the floor of your driveway warm. This system operates from below the finished ground via some electric wires. It produces heat that melts the snow when it touches the ground. The cost of this system varies with the area of your driveway. It is preferred in areas that experience heavy snowfall as it does not involve any physical labor to clear the driveway. Find in detail how these systems work.

These mats work almost the same as underground heated driveway systems. You just have to lay the melting mat before the snow falls and connect it to the power. The mat would melt any snow that falls on it thus saving from the stress to manually clear the snow.

De-icers are chemicals that prevent snow buildup. Thus, the need to shovel or use any other physical method to remove snow is not required. As many de-icing chemicals are available in the market, you need to consider some points before buying one. Inquire if the chemical is suitable for the type of surface you want to use it on. Many de-icing chemicals damage concrete, railings, and carpet.

Mix warm water, rubbing alcohol, and table salt and spray it on a thin stack of snow. This mixture would not only melt the thin snow but would also clean your driveway. It is suggested not to wait till the snowfall ends and keep spraying the warm water as it keeps the accumulation of snow at bay.

If you do not have a shovel, a pitchfork can be used to chip away the snow stuck with the ground.  However, it is a temporary method and takes too much time and effort.

Below is a compilation of quick hacks that can make the process of snow removal much easier and faster:

Throw some sand or salt-sand mixture on the snow. Though sand does not melt the snow, it does provide more traction. It also loosens the grip of ice on the ground which makes ice plowing easier.

Spread the table salt on the snow that needs to be removed. Salt melts the ice to some extent and makes plowing easier. If you want to use this hack in your garden, keep the salt away from plants that are sensitive to salt.

Even if you have a thick stack of ice, throwing hot water over it makes plowing easier.

Wear a pair of winter gloves before removing snow. It increases your grip on the equipment thus making the process easier.

Wear double socks over your shows when you’re going out on the snow to clear it. It helps you grip the ground and keeps you from slipping.

Spread cooking oil on the front and back of your shovel blades if the snow is too sticky. It keeps the snow off the blades and makes snow removal faster.

Removing snow from your driveway can be tricky if you are not prepared for it. The above-mentioned ways to remove snow should be kept in mind when the winter is close so that you can save yourself from the last moment panic. No matter which method you use, just make sure to be safe!