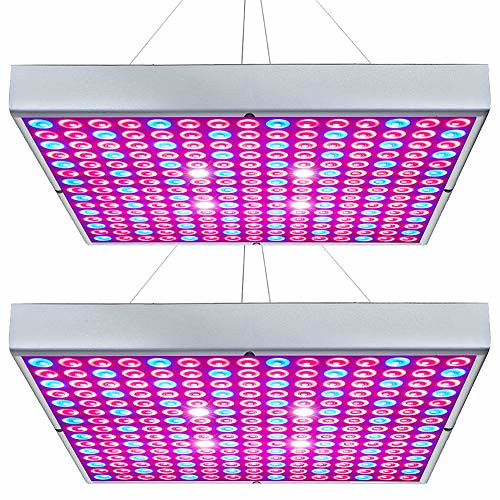 You are here: Home / Grow Lights / Quantum Board Vs COB LED Grow Lights

When you walk in the grow lights industry, you come to see that initially, the COBs were ruling the light industry. Afterward, the quantum boards took the lead. If you want answers to some of your queries regarding quantum boards and COBs? There are several brands of COBs and quantum lights. You just have to check the price and performance of your interested brand. Let us start the comparison for COB Vs Quantum Board.

What is a COB? 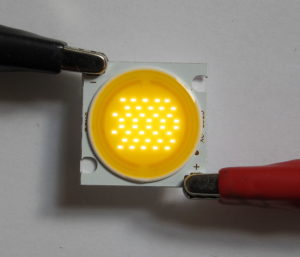 A COB is known as the Chip on Board appears to the scene when thousands of lumens are required from a single source. A COB led array involves multiple chips mounted on a single common board made up of sapphire or silicon carbide as compared to the multiple chip configuration. COB technology mounts several thousand LED chips within a single metal or ceramic-based board. This innovation allows you to have greater packaging densities of the LED array. Some other advantages of COB lights include low energy consumption, constant uniform light output, and minimal footprints. The COB lights arrangement comprises two contacts and only one circuit. For additional notes, you can also check our article: Can any LED Light be Used as a Grow Light?

Advantages of a COB light

If you are looking for the COB light dominance, you can have a look at these listed points:

Disadvantages of a COB light

Some drawbacks of using COB lights are also mentioned here:

What is a Quantum Board? 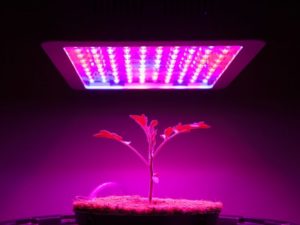 board is a large circuit board which mounts several hundred mid-power LEDs. These LEDs are connected in series with each other to form an intelligent spectrum string. Later, these strings are connected in parallel to drive high voltage and current operations. These boards are an alternative to the COB led grow lights. Quantum boards use less power consumption and span a greater area to cover the cost of additional larger heat sinks.

Advantages of a Quantum Board

A benefit of Quantum board over the COB light is the simple thermal management.

Disadvantages of a Quantum Board

Quantum board lights are not 100% efficient. Some downsides of using these lights are listed below:

Differences between COBs and Quantum Boards

As both COBs and quantum boards use LEDs but they both vary in the white color spectrum scale. Some other differences are as follows:

The main thing that distinguishes between a COB and a quantum board is the area covered by these lights. A COB light has a single source of light, hence the light does not reach the outside area completely as compared to the middle section. On the other hand, a quantum board comprises diodes that cover the complete area uniformly. It does not cover the center part only. Quantum boards have more light spread, while the COBs only provide the central light spread.

This difference comes out from the first one. As COB has strong light emission, it penetrates deeply below the canopy, especially in the middle part. The light penetrates slowly as it moves towards the outer part. Quantum board lights also have great penetration power but this is not as good as the COBs.

The main difference that comes for COB Vs Quantum Board is heat management. In the case of COBs, the small diodes, mounted on a small board, emit a great amount of heat. Single COBs are cooled down by heat sinks, however, multiple COBs use fans. On the contrary, a single aluminum board is used to cool down the quantum boards. These lights emit the same amount of heat as COBs, but the individual diodes are kept safe from overheating through passive cooling and a heat sink. This video adds more to your insight during this comparison.

Similarities between COBs and Quantum Boards

COBs and quantum boards are pretty much similar to each other and are best for indoor plants.

A COB light comprises of numerous tiny LEDs, inserted on a single chip. However, a quantum board also uses the same LEDs but with more space between the LEDs. You can say that a quantum board is a large COB.

Both of these grow lights are best if you want to build your lighting system. You can take the DIY kits from the manufacturer and all you have to do is to put all the components together. Both COB and quantum board lights have a similar DIY Setup so you can easily create it by yourself.

Both of these lights use bright full-spectrum white LEDs. Hence, they produce different colored lights depending upon the temperature. The frequently available color temperatures are 3000K, 3500K, 5000K, and 6000K. The red wavelength produces the warmer white light, while the blue wavelength produces the cooler light. The warmer light is suitable for plants and the cooler light is for vegging.

What to get a COB or a Quantum Board?